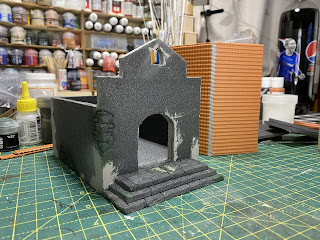 Just realised I’ve been starting lots and not producing much, new job really sucks the time and drive, but this week I made an effort to do a chapel for the pseudo Peninsular village. 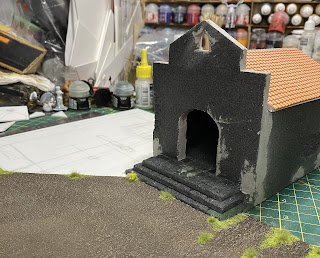 All scratch built from 5mm insulation foam and Wills Scenics pantiles.
Posted by anevilgiraffe at 17:15 No comments:

Horseguards, or at least those in the know at Horseguards, were surprised when the laird of the most westerly of the Hebridean isles volunteered himself and his militia for the duty. How word had reached Lord Summerisle was never determined, but he spoke of the old ways and the threats that lay within with some fervour.

Both he and his men were equally knowledgeable of the horrors emerging from the older, darker corners of Europe and the ways in which to confront them. It would be often remarked though, that they were also admirably, privately devout, his Lordship frequently leading his men in secluded worship. Few had cause to remark on the amount of kindling this entailed. 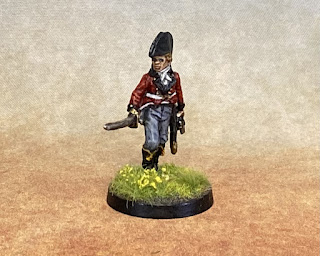 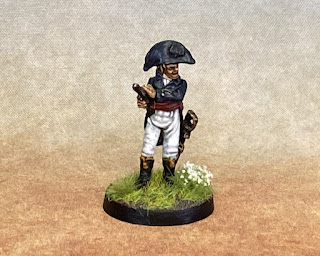 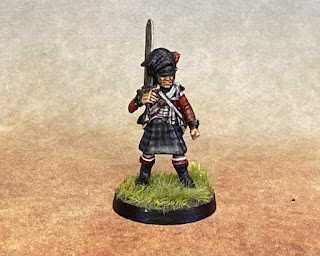 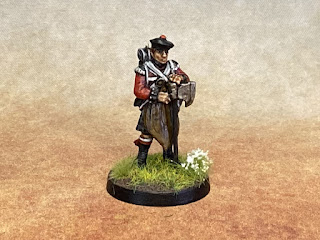 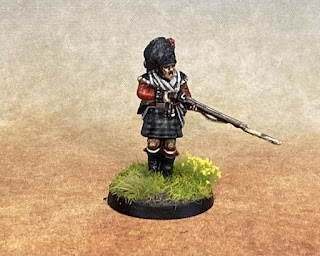 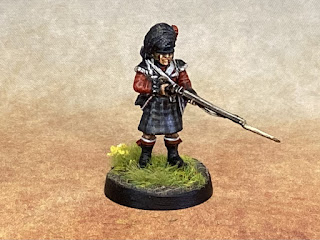 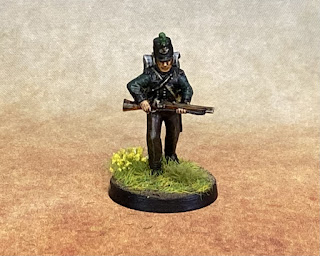 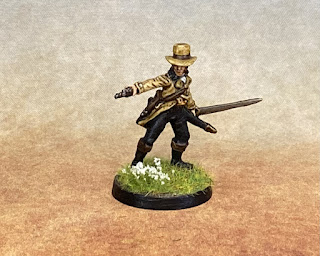 [As you may have noticed, the Silver Bayonet, like a lot of small skirmish games, is narrative heavy and units get a bit of fluff. I decided to expand on an idea I had a long time ago when I first got the highlander sprues and have one of my favourite folk horror films, the Wicker Man, take place 150 odd years earlier. All surnames are taken from the novelisation and identify with their counterparts here - Dr Ewan is the doctor, Mr Lennox is as close to a scientist as they get on Summerisle, Sorrel Mackenzie is the Lord’s gillie in the novel and so on. The given names are all nature based in keeping with Summerisle tradition, I just like Mr Lennox just being Mr Lennox. Rifleman Howie is an outsider of course.]

Finished the vaguely peninsular styled buildings. Three buildings, with accessible interiors, a ruin and a variety of garden inserts designed to allow the various buildings to be arranged in different ways around a village ‘square’ rather than just the grass of the terrain board. 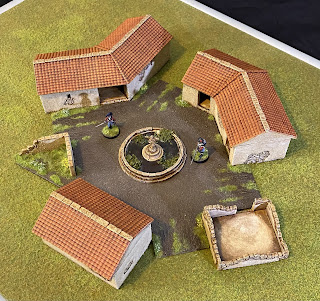 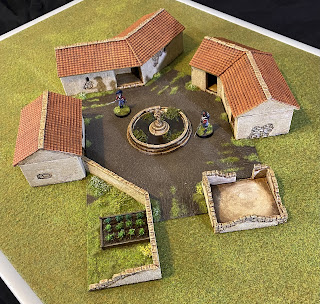 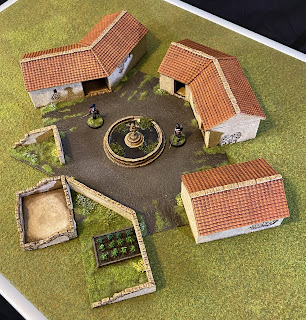 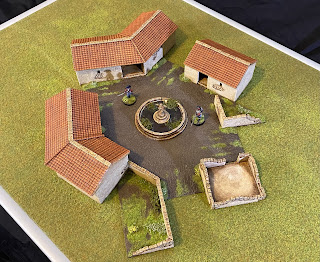 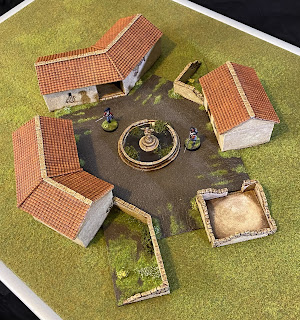 I think a chapel or something will be needed down the line.
The fountain (from Fenris Games, with a cherub from Reaper Miniatures, as the original fountain was very eldritch) is not permanent of course, allowing the addition of other centre pieces - a guillotine or a market (which is still WIP) for now… 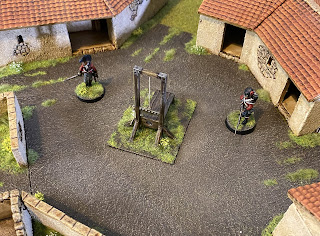 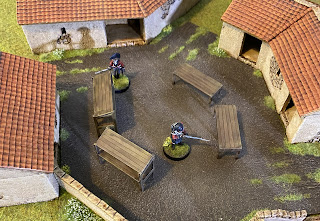 New project means new scenery. A lot of my existing stuff will work, including the timber frame houses as necessary, but having watched far too much Sharpe lately, I wanted something a little more Iberian. First two of four all but finished…

Theoretically, these can do duty should I get into pirates or western games, but will do me for the Peninsular for now. These are the finished scratch builds, made using existing materials whenever possible, 5mm insulation foam and thick card, pantiles from Wills were the only specific purchase. The fountain is from Fenris Games, stagnate bubbles removed and  sans freaky fish sculpture - it needs something a bit in keeping… I also picked up a guillotine which seemed apt. 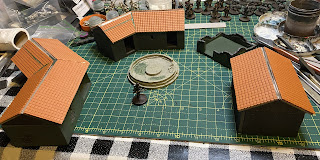 Posted by anevilgiraffe at 22:35 No comments:

Hobgoblin and Pixie for the Silver Bayonet

More creatures for the Silver Bayonet.
In TSB, hobgoblins are humans warped and corrupted by the fairy world. This fella was a joy to paint. A 3D printed Hill Giant, in a small scale, so not so giant. Turns out I need two, so will need to get another one. 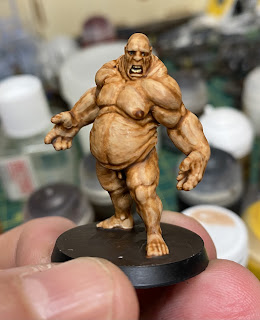 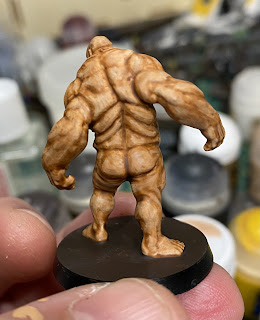 Base still to do as I wait for decent spraying weather.
And a 10mm Wood Elf Sorceress for my Pixie. Another 3D print from Etsy.  I removed the excessive flower/nature spell effect though. Amazing detail on something so small. 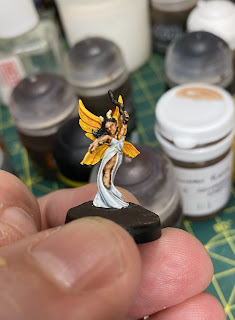 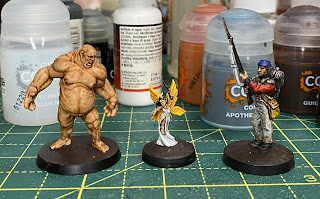 Posted by anevilgiraffe at 23:05 2 comments:

Revenants for The Silver Bayonet - undead resurrected from numerous battlefields and a handy use for all the marching with muskets shouldered figures you seem to inevitably get on every sprue. Skulls and zombie heads from Mantic.

I’ve seen folks go really damaged with these, but I couldn’t be bothered, head swaps will do and a quick paint job with an Agrax Earthshade wash dirties them up. Good enough.
Posted by anevilgiraffe at 19:34 1 comment: