Okeydoke... thatch is done and in various states of touch up, base coat shenanigans. Base is sand done with patches where I want to blend in the Vallejo texture for hard worn paths. A test fit to check everything looks ok and that is s hell of a wall of nothing on the front. Considering a tree... 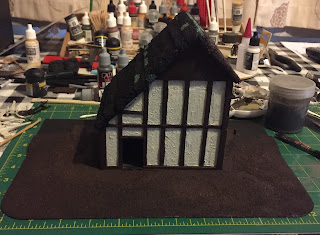 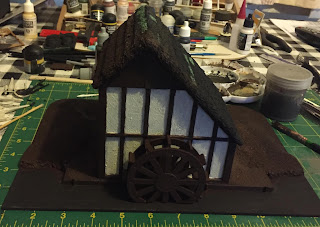 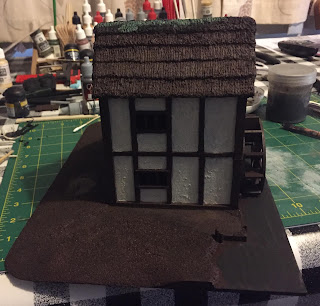 OK, so the interior is kind of done, a couple of small bits will be added but I needed the first floor done so I could attach the roof and needed to do the ground floor at the same time so they would match. Crappy phone pictures still I’m afraid. The exterior is base colour only, I’m thinking thatch for the roof. 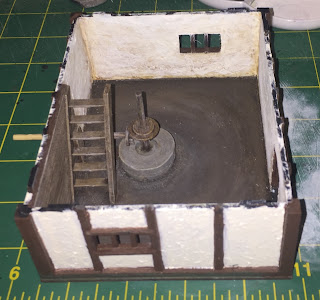 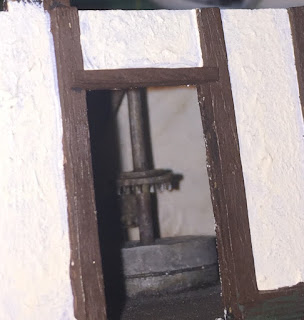 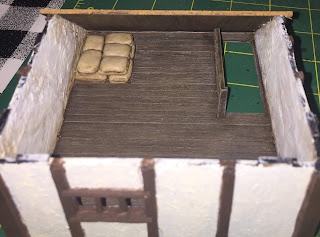 Posted by anevilgiraffe at 23:24 2 comments: 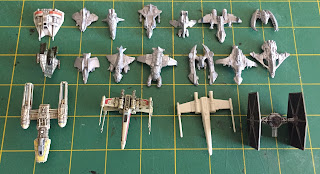 So, I’m picking up the occasional ship for X-Wing still when cheap, with 2nd edition now out it’s easier to get the cards than the models, so a bit of creative licence might be in the offing. So I picked up the spruce of plastic ships from EM4 Miniatures. I’m mainly trying to get a small Scum & Villainy selection, so a bit of a ragtag feel would not go amiss. As you can see, some could work for smaller stuff like the M3-A Interceptor (the pic below is the best comparison I could find online and puts the M3-A at about the length of the Y-Wing engine), or with a bit work a Kihraxz fighter. The more true to scale A-Wing is comparable, and the scaleable Snowspeeder from the Hoth ERTL kits suggest a possible source of Scum speeders for Ground Assault as well. The unpainted X-Wing from the same Hoth kits will eventually make some decent Z-95 Headhunters. 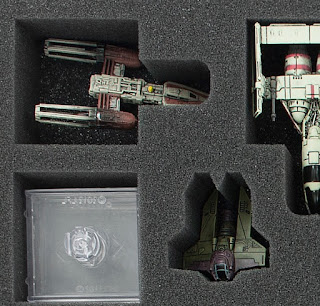