wood for the trees and other vistas 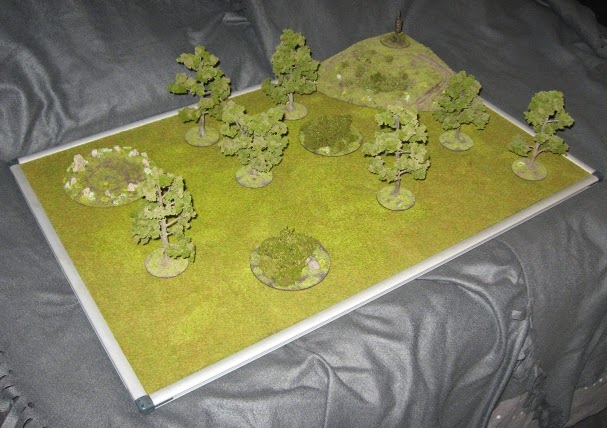 ok, excuse the poor photos (colours really aren't being done credit), but have finally got stuff to stick to the sodding trees... it looks much more blended in real life, but job done (finally). The big trees sadly just didn't work, tried and tried to get them looking as I intended and just couldn't - so chopped them down and used the bases for thickets (as I was very happy with the bases), these are a good solid line of sight blocker, and will be doing some smaller ones as well to help make a more overgrown woodland-ish look. The new and improved foliage of course meant I needed to redo my bushes, so the hillfort and other bits of undergrowth have been redone to match the thickets, again, photos don't really do it justice... but as I said, more bits are in progress as I've run out of Burnt Umber. 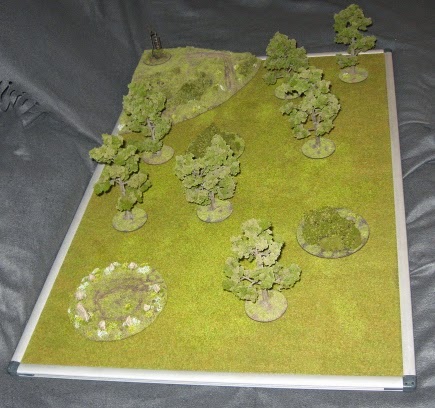 as the trees were to big to really get in the light tent, the board came out, which then dovetailed into a request someone on Frothers made to see it all, so above is the woodland in progress, with stone circle and hillfort, and below is the coaching inn, the blacksmiths and the two houses... 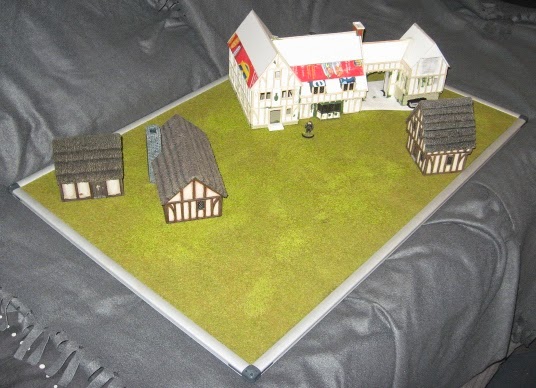 this has been surprising useful in that it fills the area better than I had thought - I have two more 2-storey houses to build which should about do it, along with some little bits for flavour (a well and some mud/dirt roads/townsquare), plus of course I still want to do a church and graveyard as a 3rd option (none of which yet exists). Also unseen is the river side which would roughly fill the bottom corner area above, and numerous hedges I built ages back when I was working to fill a larger area, plus some drystone walls from Fenris Games.

I know I plod along at this and am easily distracted, but am quite chuffed looking at it how good it's coming together... even if I do say so myself.
Posted by anevilgiraffe at 20:14 5 comments: