two Doctors, two companions, a box and some old bits...

A couple of Doctors finished, along with some companions and the rebasing project makes some headway... they need varnishing/dullcoting and some grass tufts adding, but here you go... 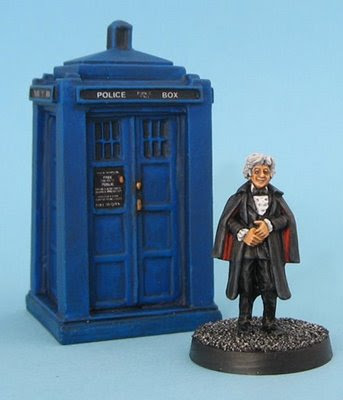 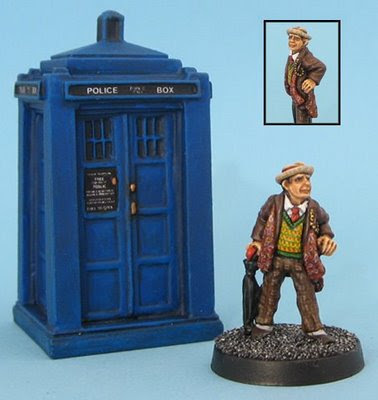 The Doctor and Liz Shaw: 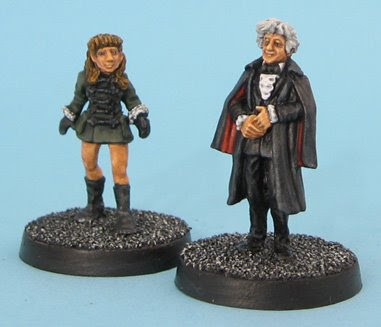 Liz was sculpted from the story The Silurians, so the Doctor is in his black velvet jacket and cape as worn in that same story and throughout that season.

The Doctor and Jo Grant: 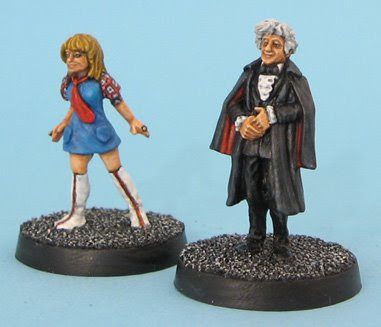 Jo was taken from Day of the Daleks, which meant annoying bloody red and black plaid shirt which was done and redone and redone again over about 3 evenings... still working on a more colourful later 3rd Doctor.

I have to say, difficulties of sculpting a likeness aside, they are really ugly miniatures... the Pertwee and McCoy are fine in my mind, but the girls could at least have been made to look at least feminine facially and there is just only so much you can do with them... 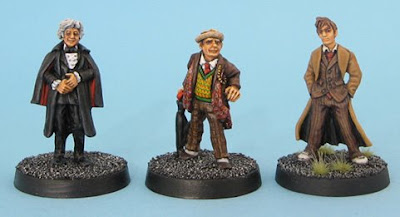 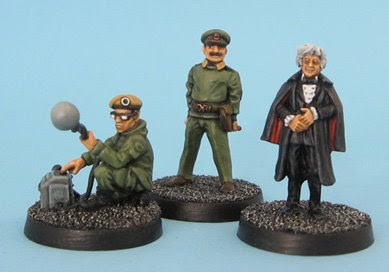 UNIT finally get to the front of my rebasing queue... again just need the bases varnishing and some grass...
Posted by anevilgiraffe at 17:29 2 comments:

Email ThisBlogThis!Share to TwitterShare to FacebookShare to Pinterest
Labels: Companions, Doctor Who, The Doctor, The TARDIS, UNIT

reposting for the Dwarf Berserker from Avatars of War... with the discovery of some old GW dwarfs over the holiday, he should have some friends soon enough... currently having some very old paint jobs stripped, I should initially have a small Songs of Blades and Heroes party... 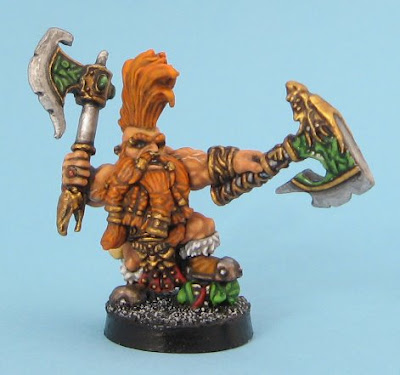 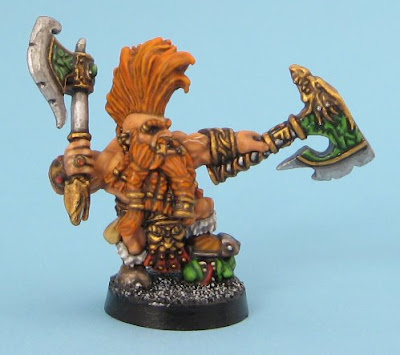 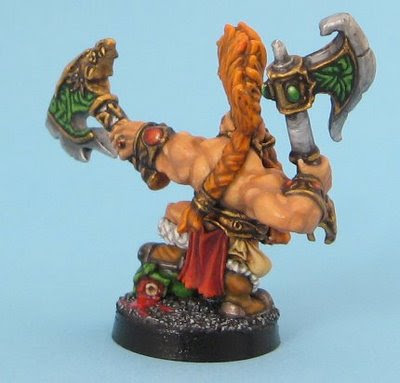 Posted by anevilgiraffe at 18:45 No comments:

Email ThisBlogThis!Share to TwitterShare to FacebookShare to Pinterest
Labels: Otherstuff

first figure of the year is Heresy's Narbrott the Cyclops... I wanted a more animal look to it, so went for a darker skin tone, which as these things work in the animal world, meant dark fur and dark nails/hooves... end result, he's very brown (well I couldn't really do his loincloth a different colour could I?)... 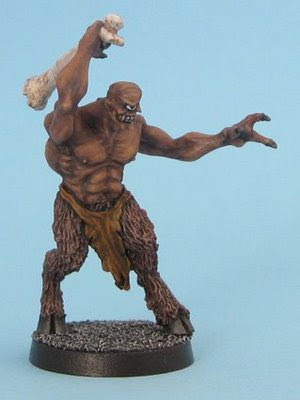 38mm from hoof to head, 50mm to the highest point of the bone... lovely figure, begging for some monster bashing action... needs varnishing and some grass adding to the base to finish it off...
Posted by anevilgiraffe at 18:39 No comments:

Email ThisBlogThis!Share to TwitterShare to FacebookShare to Pinterest
Labels: Otherstuff

never satisfied and with a new year and all that stuff, I'm having a clearout on the entries... some older ones I've left as they are still useful, but as the mass rebasing project gets closer to completion, there will be new photos of everything and if nothing else, this will encourage me to get it done...

New Year's Resolution, at least one update a month...
Posted by anevilgiraffe at 18:35 No comments: