OK, after a period of mojo recovery, I've been busy - sadly some of that was a build up, review, tear down kind of busy, but the corrections (note the plural there) were worthwhile. 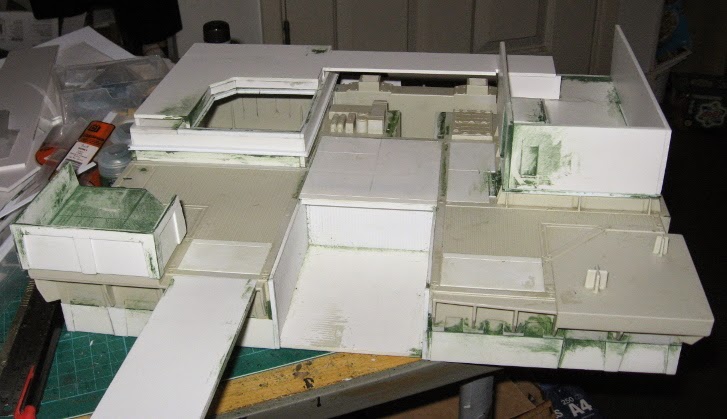 The bridge slots on nicely and will lead to something I haven't come up with yet, I've decided not to use the hexagonal platforms on the corners as they look odd with the rear bits built up, so I've done a simple platform for security, am still working on ideas for the other corner. 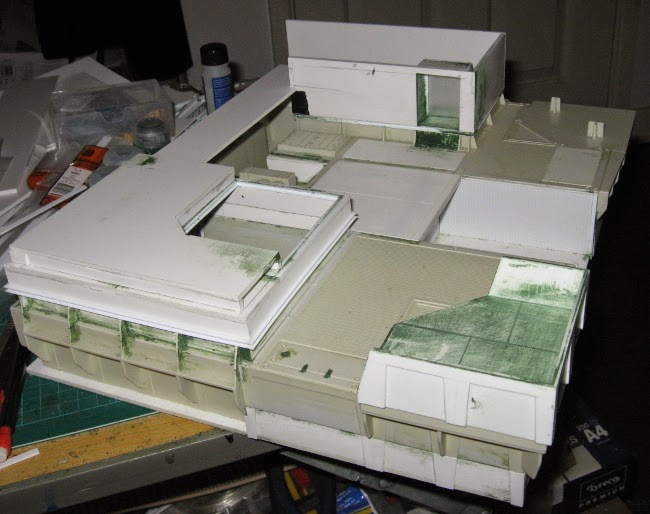 I wanted an open area down into the engineeringy section, but that took a couple of attempts until I got something I liked. Even then, it didn't quite work, so I raised it slightly to give the joining bridge more clearance. That was too tall to join with the far build as I planned, so that got lowered. I plan that part to be quite tall, but haven't the foampvc at the moment to complete the walls. I dread to think how much got used on false starts to get cut off again.

Anyway, I didn't take a photo of the interior of the far build, but a recessed door has been built - I'm trying to take a leaf from BBC set design with the doors and split level floors. The recess should also give Vila some cover while he picks the lock. 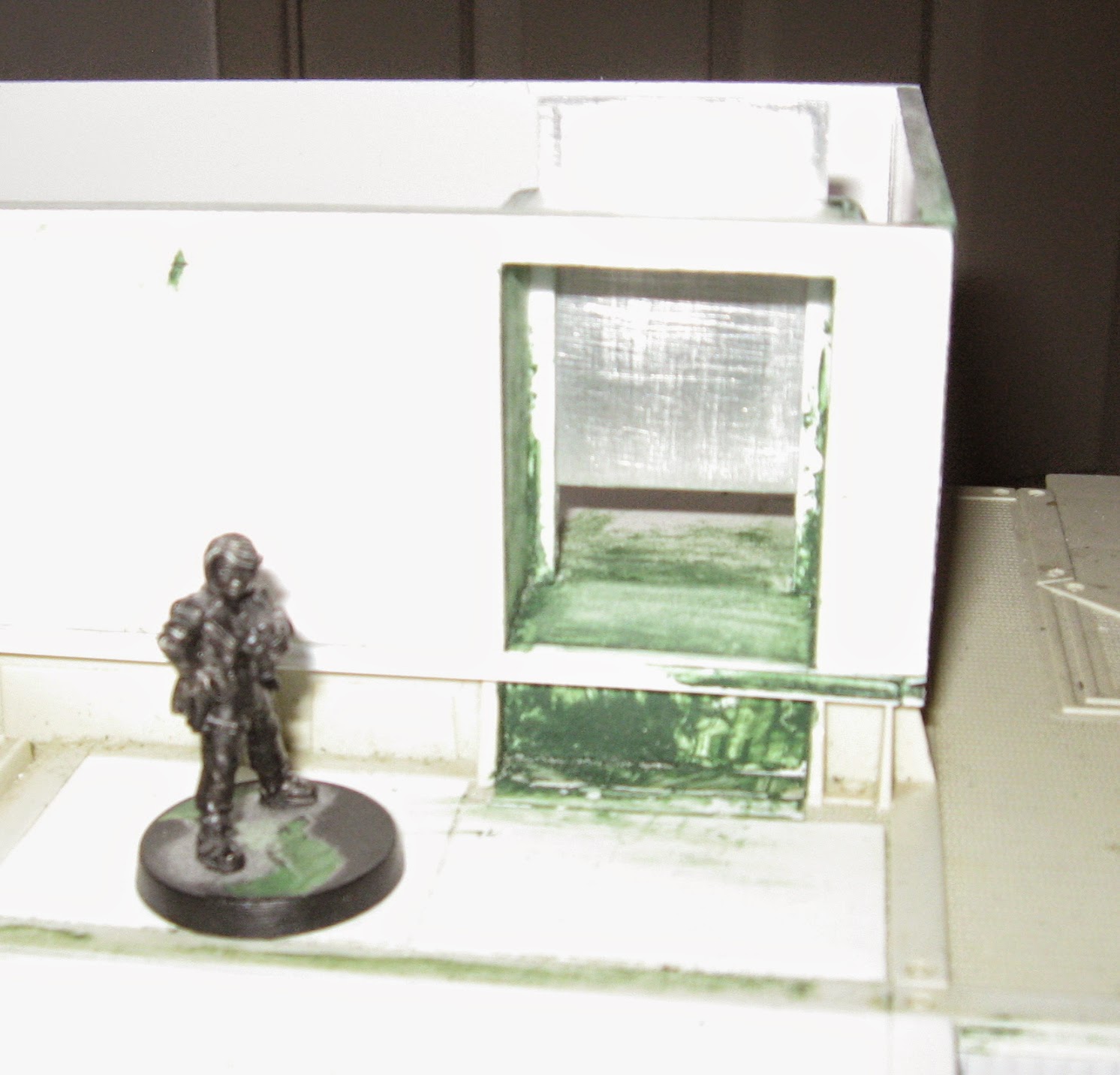 Quite a successful change has been the doors - I stumbled upon some hobby sheet aluminium, with a few scores from a scalpel, it's snapped to size and sanded down - it's quite rigid and has a nice finish, although I initially thought metal would be handy as a material if the paint should get worn off from use, it's kind of works as it is. 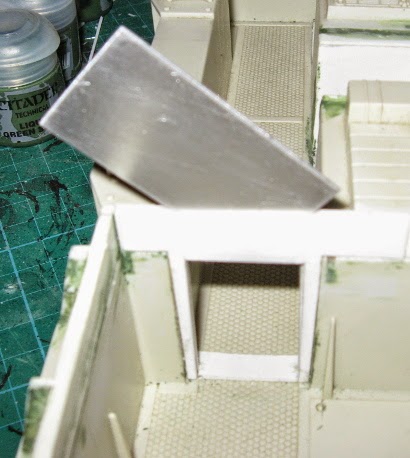 And that's about it really - am kind of stalled as I need some stairs in order to really advance the builds at this point, but that is in hand.
Posted by anevilgiraffe at 19:45 2 comments: